A day of paddle boarding with the isup Glide 02 Retro.

A day with the stand up inflatable paddle board 02 Retro.

Today I decided to make it a long weekend, I mean I am working doing product paddle boarding. Today I chose the inflatable sup the 02 retro. I was not sure what I wanted to do when I decided to go paddle boarding so I chose the perfect board to do a little bit of everything. This inflatable sup can handle being a sup fishing board to a yoga sup board and can get moving as a sup river board. 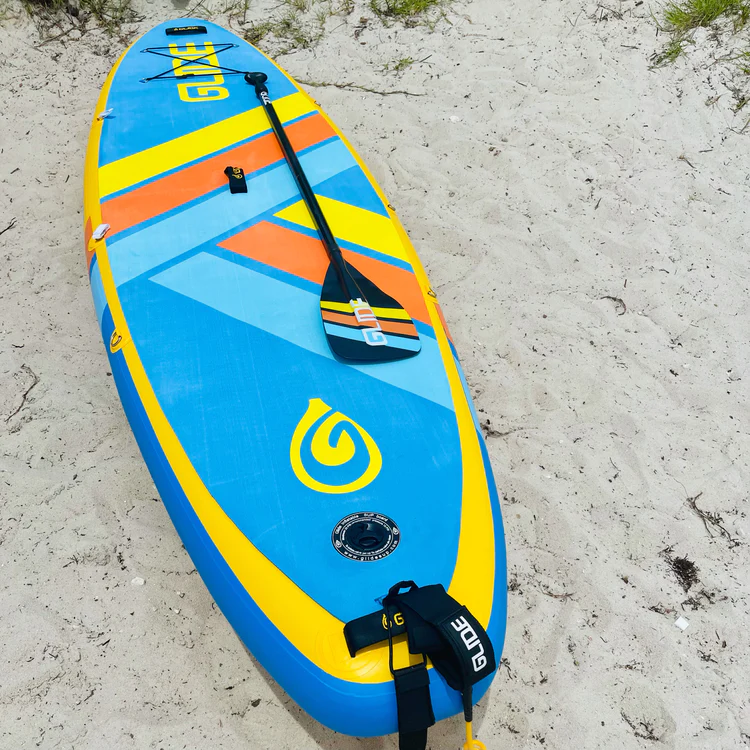 My first stop was to get ice for the glide cooler and some Gatorade, grape is the best btw. And then Echo Reservor was my first destination.  I chose to use the frontage road and park where some of the river access is and get some mild river paddle boarding in. As I meandered down the river, accompanied by sheep and cattle on the banks I noted some deep holes with the silhouettes of large fish in them, making note of them in case I decided to do some sup fishing or come back later with the inflatable fishing sup our 02 Angler. As I followed the river I spotted some raptors flying overhead and in a tree along the way, some deer foraging in the wetland areas. This idea of taking the inflatable paddle board out was a great way to spend the day. 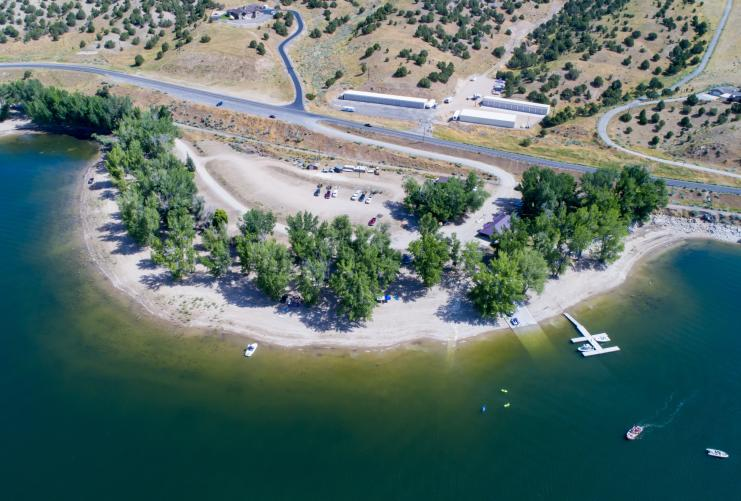 After the short river sup outing, I hit the flat calm waters of Echo and was glad to see the reservoir was still full despite the drought we are caught in. Before leaving for the lake I checked the water temperature and saw it was reporting a warm 73 degrees, sky was cloudy with calm winds. Yes being out on the inflatable sup was the right call. As was bringing the 02 Retro as the board of choice, as I had decided I was going to spend some time on Echo and then do some river supping.

The lake was calm and glassy making for an easy paddle as I explored the coastline and headed towards the dam.  Seagulls bobbed on the water in large flocks as raptors soared overhead occasionally diving to the water to snag a fish. While laughter carried across the water from the opposite side of the lake.

As I approached the dam I noticed some fishermen on the shore, while I paddled closer it appeared that while they were enjoying the day they were not having luck catching anything. As they cast and reeled back in over and over. Once I was close enough to talk with them they let me know they had one but then nothing since, I offered to paddle their lures and bait further out. Both expressed some concern about popping the inflatable paddle board. I assured them that being a Glide inflatable paddle board it would be fine. They both took me up on my offer and I paddled out to drop their gear, and cross the reservoir.

It was time to explore the other side and enjoy the day, the beaches on the other side had groups set up watching the dogs play together and cool off in the water. While a mix of kayaks, hard paddle boards, and inflatable paddle boards played upon the calm water. Like me, some had chosen to escape the office, while others had been camped out for a few days already. It was time to paddle back to the truck and figure out what was next.

The take-out was empty, it looks like grabbing the carry strap was the right call. I was also glad the inflatable paddle board only weighs in at twenty-three pounds. It was time to grab the 02 Retro and start the trek back up to the truck. Luckily a little over halfway up am older gentleman offered me a ride in the back of his truck. At this point, I was hungry and willing to accept a ride back to the truck.

Back at the launch site, the tubing company was dropping clients off, I asked if a shuttle back would be possible if I made another run. I was told they had enough room if I would deflate the inflatable sup for the shuttle back which I assured them would not be a problem. Another good call on my part taking an inflatable paddle board today. Even though I was hungry passing the chance to paddle the river again on such a fun paddle board was not going to happen.

With ease, I put the group floating the river behind me and once again enjoyed the beauty of this stretch of the Weber river. The deer from earlier were gone, although bird songs kept me company as I ran the river. At the take-out, I played around with the Retro enjoying the water as I waited. Finally, the shuttle arrived and I deflated the inflatable sup and passed the time talking with the driver about everything from inflatable paddle boards to nope ropes (snakes) and danger noodles (rattlesnakes) they had encountered earlier in the week. The group arrived and slowly the shuttle got underway. It was time to get some lunch at Taggarts Grill and head back to work. 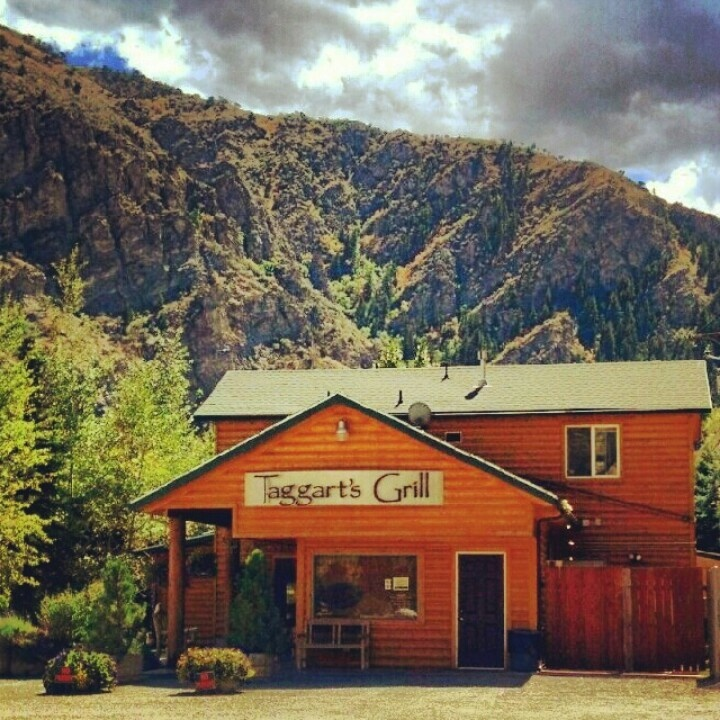 Making the best paddle boards on the planet is what we do at Glide and what allows for fun days on the water, like today’s outing on the Glide 02 Retro. I think I will have to do this for each of our inflatable paddle boards.