As you get into stand up paddle boarding you need to understand the lingo to get in with the cool crowd.

Here's a breakdown of all things "SUP"! 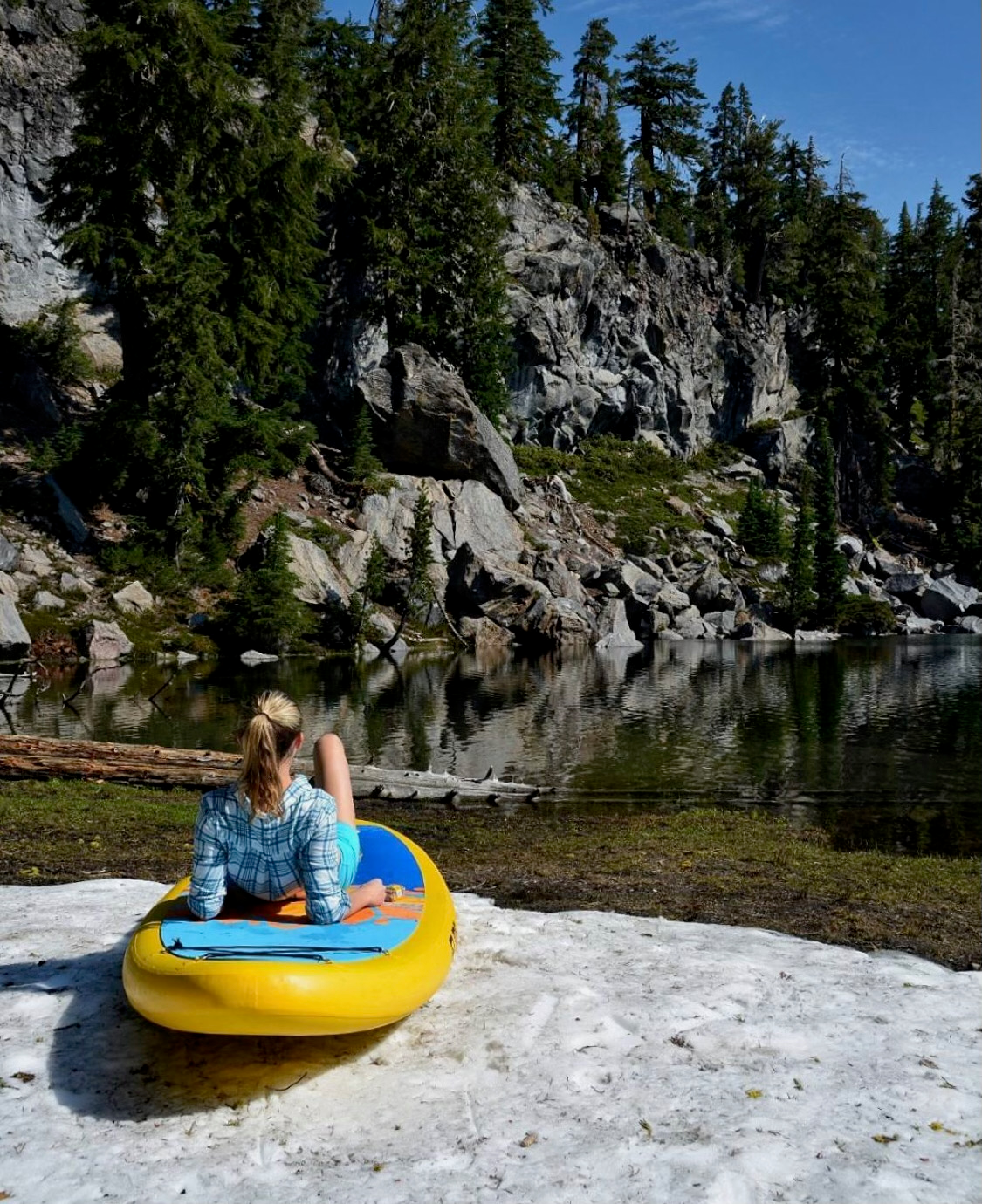 The word “SUP” has captured the global imagination over the last decade or so.  Way back in 2006 SUP? or “WASSUP?” were part of the national lexicon as shorthand for “What’s UP”? 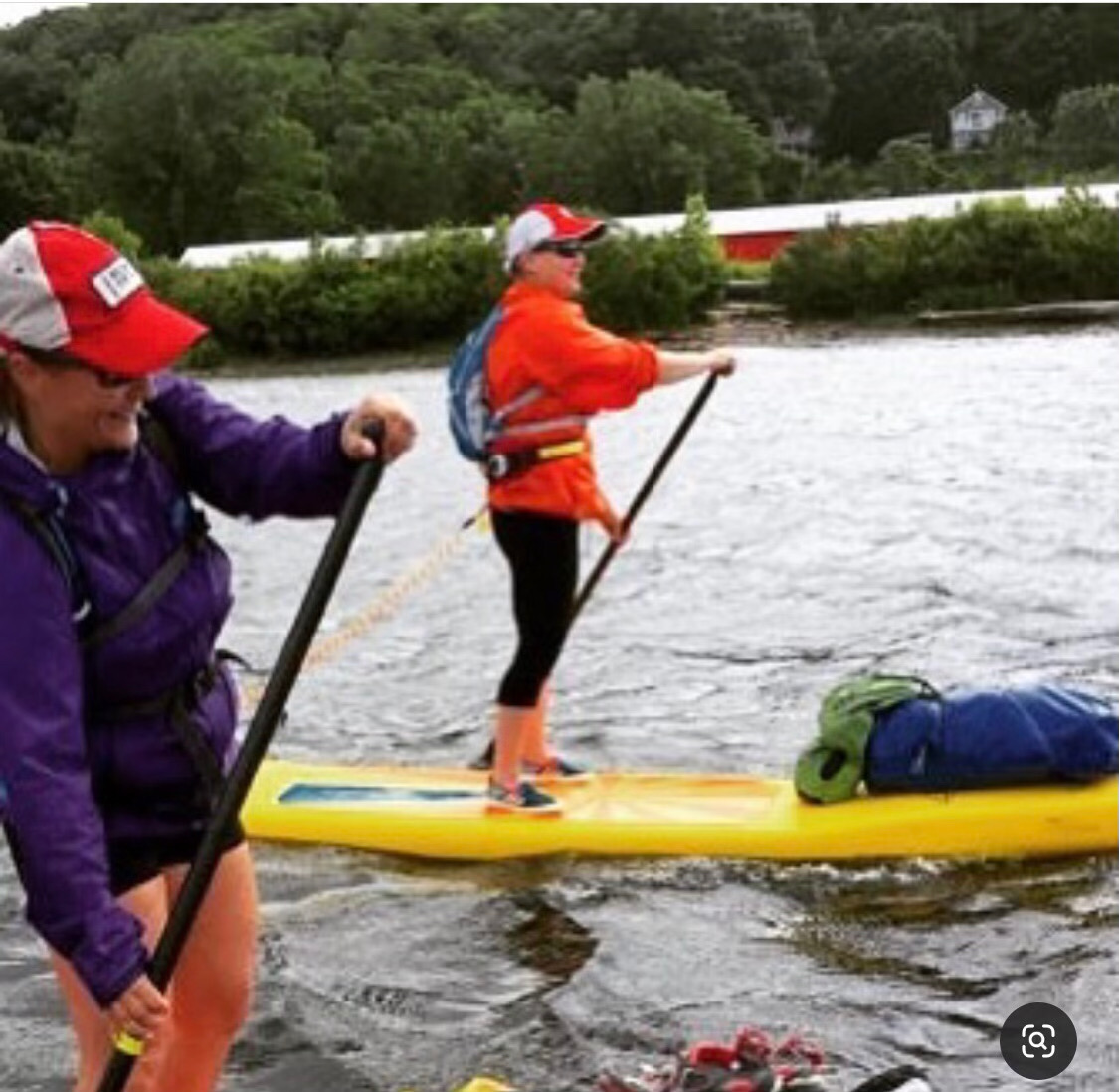 Whoever could have imagined back then that we would soon be saying SUP as an acronym for Stand Up Paddleboarding? Let us explore how all of this came to pass.

There was even an iconic Budweiser Super Bowl Commercial around the theme in which several buddies keep asking one another “Wassup?”.

However, as Stand Up Paddle boarding became the fastest growing sport in the world, SUP quickly stopped being a question and became the acronym that most people used for brevity’s sake to describe a large surfboard that was powered by a paddle.

SUP Magazine and SUPCONNECT became the popular information sources for all things SUP and retailers took up names like “What’s SUP”, “WASSUP” and “SUP Dog?”. 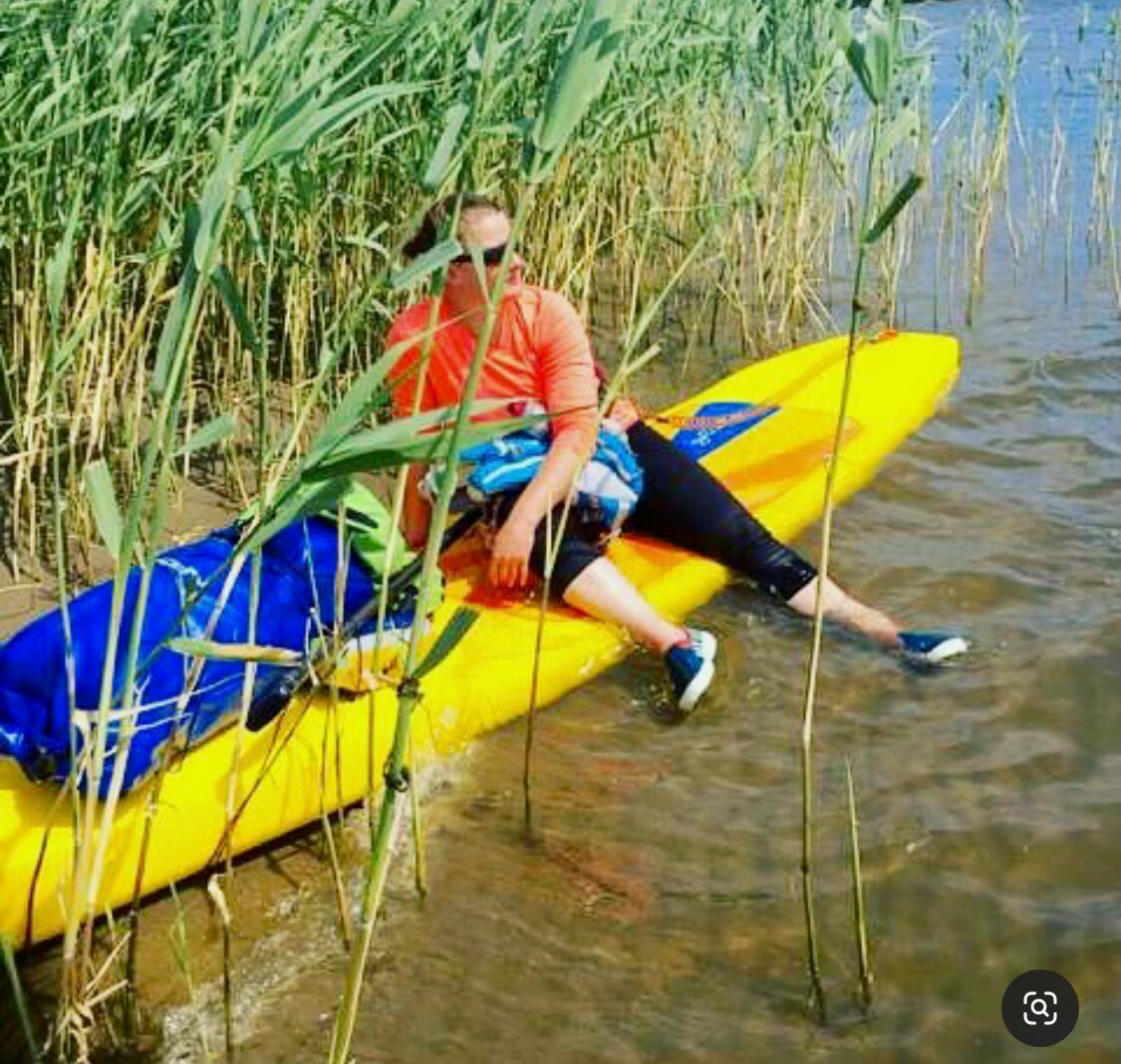 If you used terms like “paddle board” you gave yourself away as a SUP newbie.  As the sport expanded, it soon became necessary to differentiate what type of paddle board you had, was it an Inflatable SUP or a hardboard SUP?

From there you needed to specify what type of paddle boarding discipline you typically engaged in.  The possibilities were positively dizzying: Flatwater SUP, SUP Racing, SUP Fishing, Surf SUP, SUP Yoga, and Whitewater SUP.

Some enterprising pioneers in the SUP world even tried to create paddle board Polo and paddle board Golf. Both of these sports looked incredibly hip and it's a shame for all of us that they didn't catch on.  For those that want to really challenge themselves, there are now SUP hydrofoils and SUP Wings to propel yourself with wind.

The dictionary doesn't understand SUP board 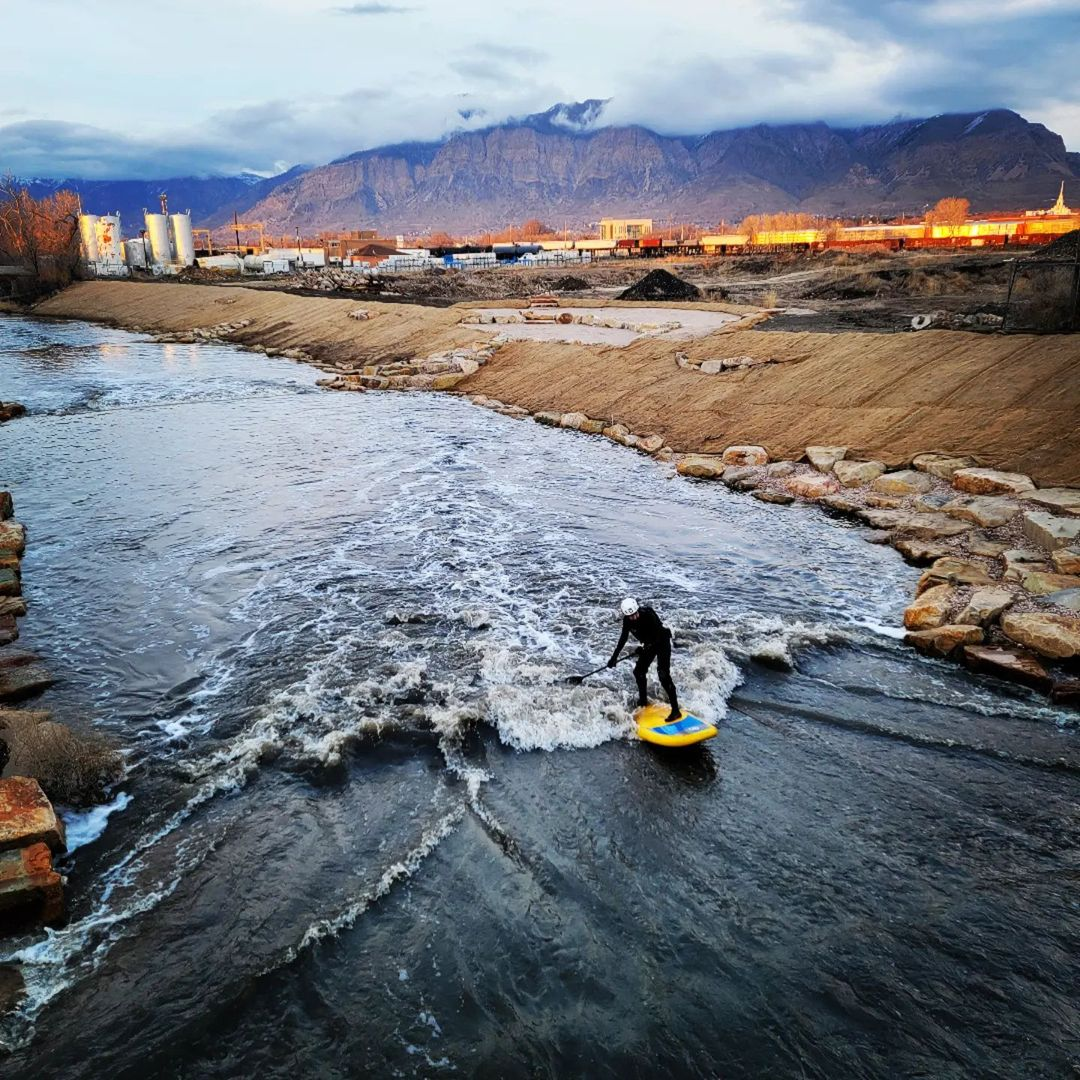 Unfortunately, the Oxford Dictionary has been slow to pick up on the SUP phenomena. A simple Google search for “what is SUP?” brings up their definition first which describes sup as both a Verb: “take (drink or liquid food) by sips or spoonful’s. ‘she supped up her soup delightedly’” and a Noun: “a sip of liquid. ‘He took another sup of wine’”.  Most of us can't think of one instance where he have used sup in this manner.

Even the Urban Dictionary describes SUP thusly: “Sup is something cool people say. It can be used as a greeting. People say ‘sup’ when they don't feel like saying ‘what’s up’ because it's too long. Also, people say ‘sup’ because they get in the habit of saying ‘sup’ so they just always say it. It can be used by girl or boy.”  Come on Urban Dictionary! You are supposed to be keeping us apprised of the times!

Wikipedia doesn't even mention the inflatable paddle board 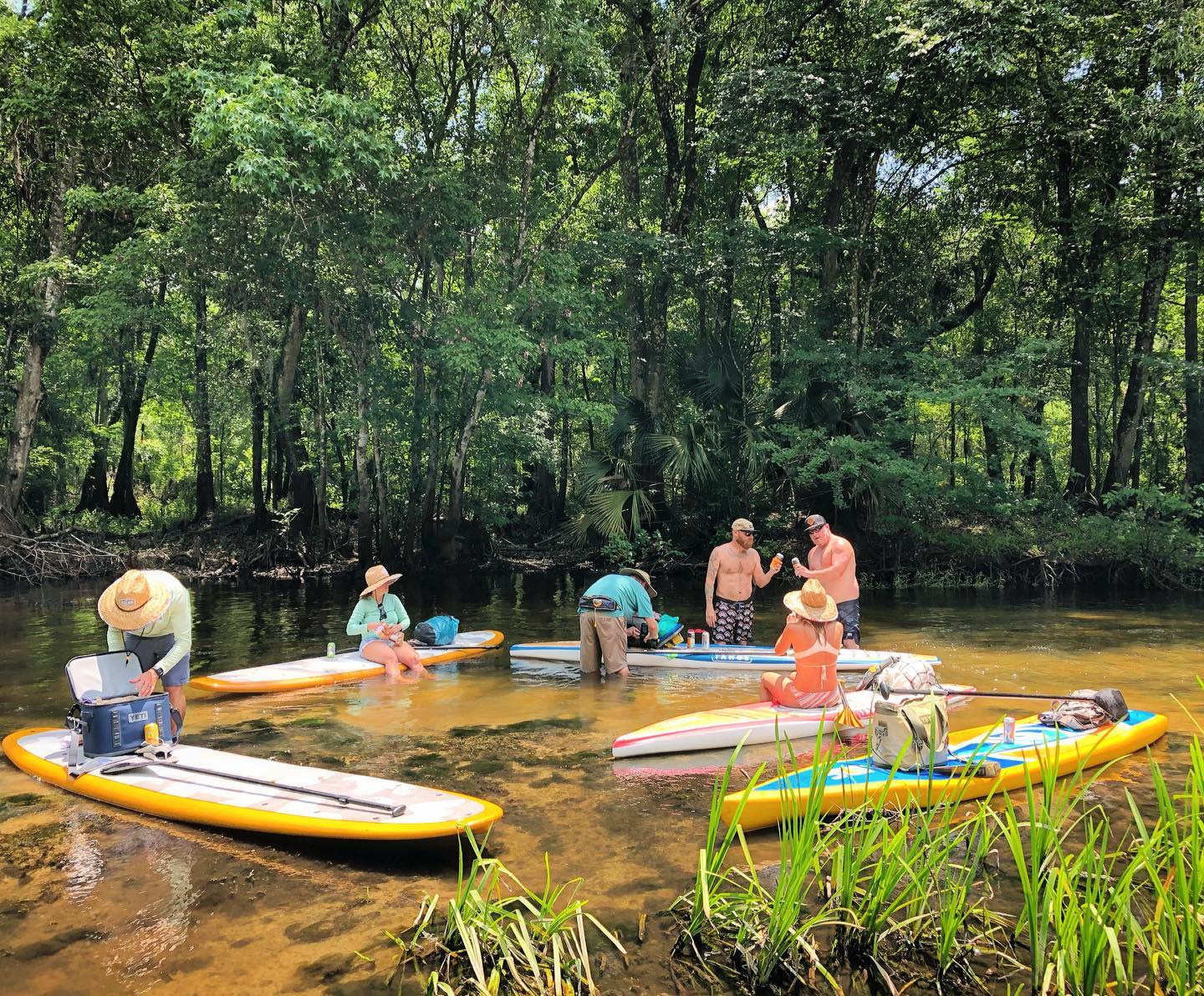 Typing SUP into Wikipedia will get you no less than fourteen different possibilities, only one of which is stand up paddle boarding. "Software Upgrade Protocol", "Scottish Unionist Party" as well as "Sailors' Union of the Pacific" are among the references proudly displayed there. Do better Wikipedia! The Wikipedia description of "Standup paddleboarding" is pretty banal as well. "Stand up paddle boarders stand on boards that are floating on the water, and use a paddle to propel themselves through the water." Yaaaawwwnnnn.

How about a nod to the inflatable paddle board there Wikipedia? It's ok to call it an inflatable SUP! And, no, we're not referring to a personal flotation device.

Cyberdefinitions.com claims that SUP is shorthand for "support" followed by some nonsense about how it is used in the online game "League of Legends." Who knew?

What is stand up paddle boarding (SUP)? 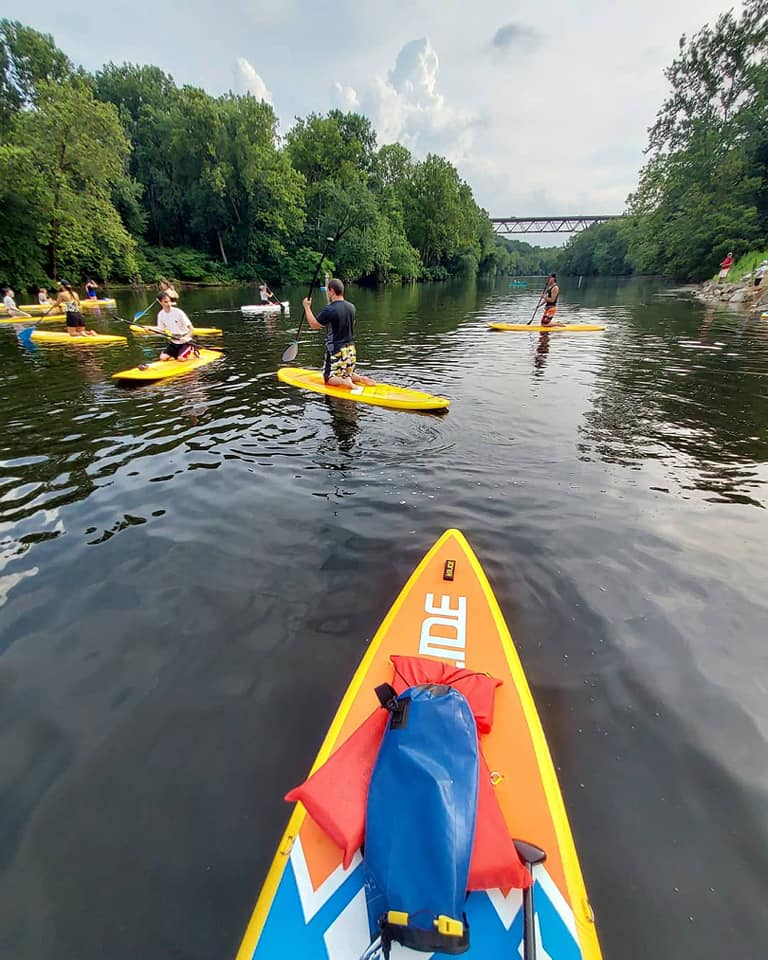 The SURFER Today website, in an article asking, “What is stand-up paddleboarding (SUP)?” turns SUP into an adjective and a verb as it coins the words “SUPing” and “SUPer”.

We've come to expect this kind of derision over our choice of surfing equipment from the surf crowd. Being a paddler who also uses their arms to power a shaft that is attached to a blade makes us less than apparently. Our vessels may be different but we still use a leash don't we? We also share the same passion for the ocean too! 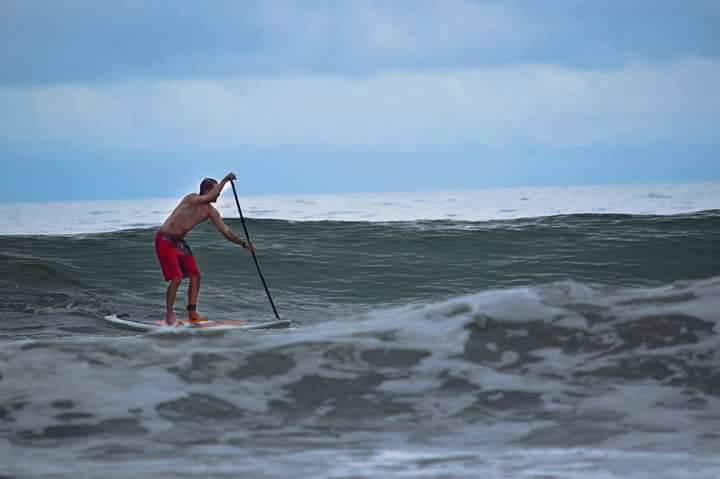 It also levels a hard shot across the paddle board bow when it proclaims: “Because SUPers can catch waves sooner than anybody else, they are invited to follow an informal code of conduct that promotes a safe and healthy environment in the lineup.”

Ok, so because we're so much more efficient than the knuckle draggers who lie prone on their boards, we should be punished? Isn't that just evolution? Gimme a break people! At least the Coast Guard doesn't insist that surfers wear a personal flotation device. All they require is a little sun protection! 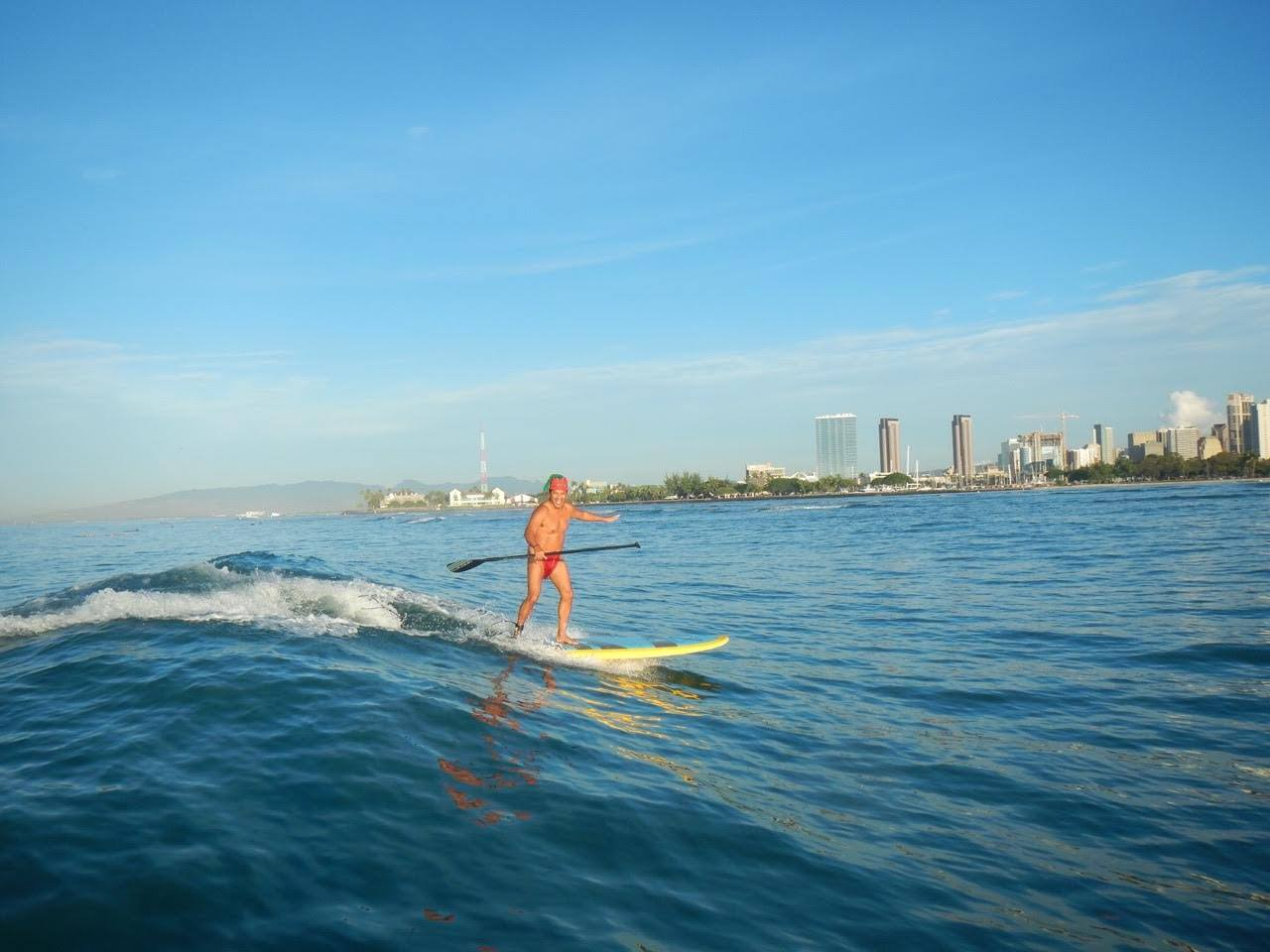 SUP board surfing is a great way to get into surfing because it's way easier to stay balanced when you are already standing. Once we're done with our surfing sesh, we can then take that same board we were surfing on down rushing rivers. Try that with your surf boards!

Sure, our paddle boards and SUP paddles are a little more awkward to carry but answer this question surfers: Can you carry additional riders, say a friend or some kids on the nose and tail of your little board? Me thinks not!

One of the more interesting, if not incongruous, articles that comes up when you Google the word SUP is titled “SUP with that topper? Vail local uses paddle board technology to create new truck accessory”. 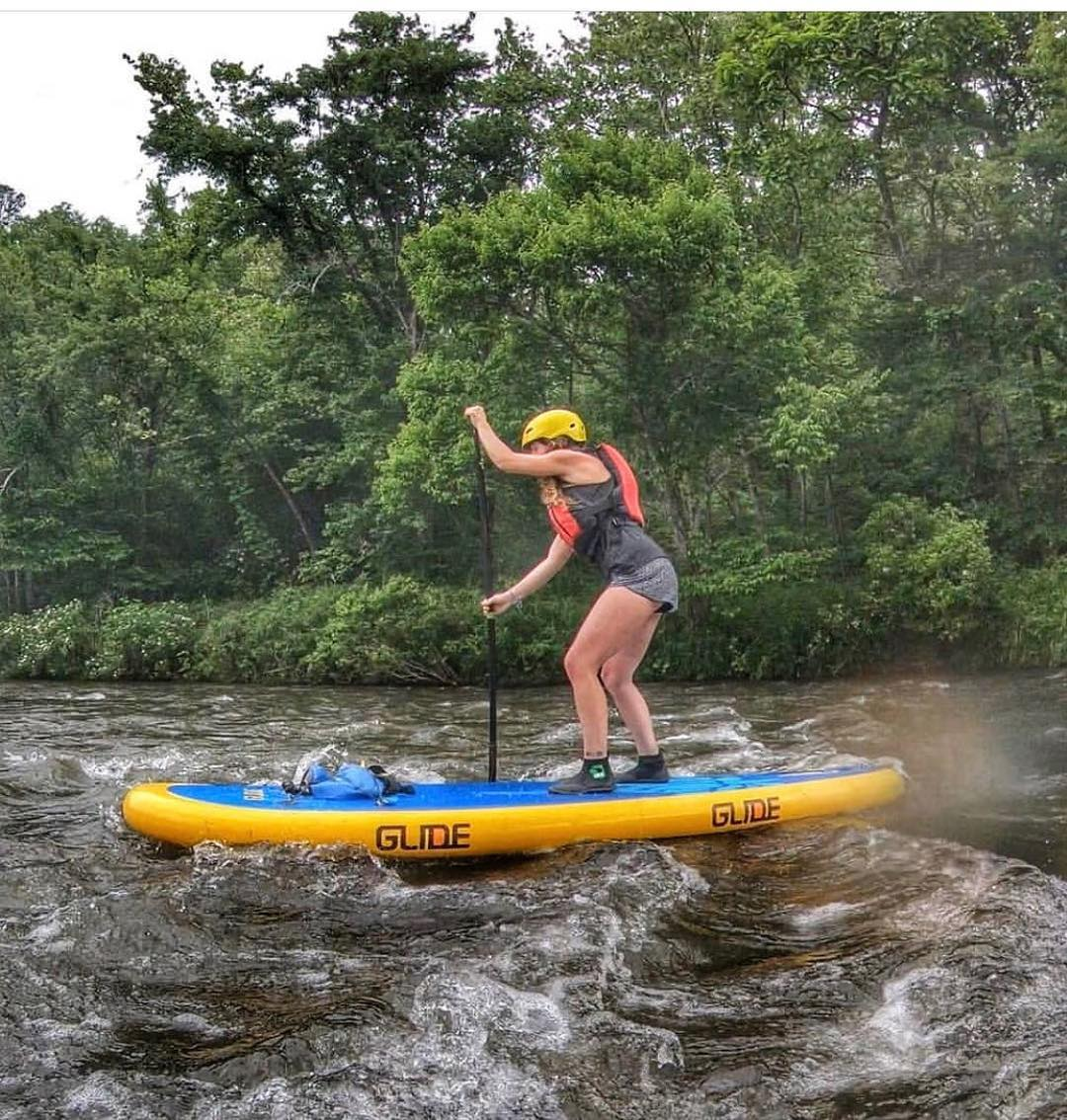 It turned out to be an article about one of the OG’s of Whitewater SUP (meaning he stands up while heading down rivers) named Ken Hoeve and the truck topper and pet carrier that he created using the drop stitch technology which is used in inflatable SUPs.  Who knew that SUP innovations were transforming other legacy products in the outdoor retail world? In fact, you may want to check it out. It's an incredibly hot product.

Who could have ever conceived that an inflatable SUP board could be used for something other than paddling? If I ever need expert advice on which paddleboard would be durable enough for storing my gear in, I'll be giving Ken a call.

Paddleboard fishing is a really a thing? 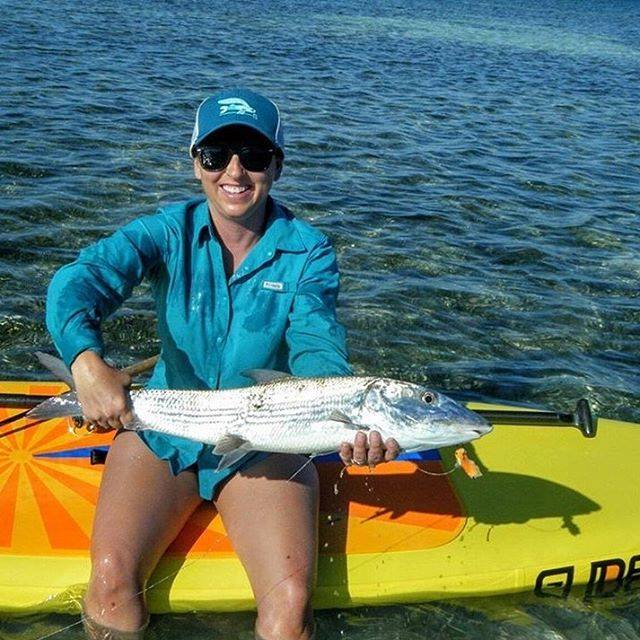 Even beginners can take their paddling to the next level and catch fish at the same time. Initially we didn't get the point of this new trend but we decided to put our best foot forward and search the web.

Sure enough, fishing from a paddleboard is becoming as popular as kayak fishing. An inflatable stand up paddle board allows one to hike into the a lake that might not be accessible to other boaters. A properly outfitted inflatable board will let you attach all your gear and you have the option to sit or stand while fishing. The truly determined angler might want to purchase extra paddles as nobody wants a broken paddle blade to ruin a great day of remote fishing.

Make sure that you pack your safety equipment if you are hiking into remote lakes. You never know when a light wind in the mountains will turn into a gail wind and all of a sudden the placid surface into a churning calderon. The best safety tip we can offer is to tell a friend where you are headed so they can send the search party forward in the right direction.

Paddle boards go to the dogs 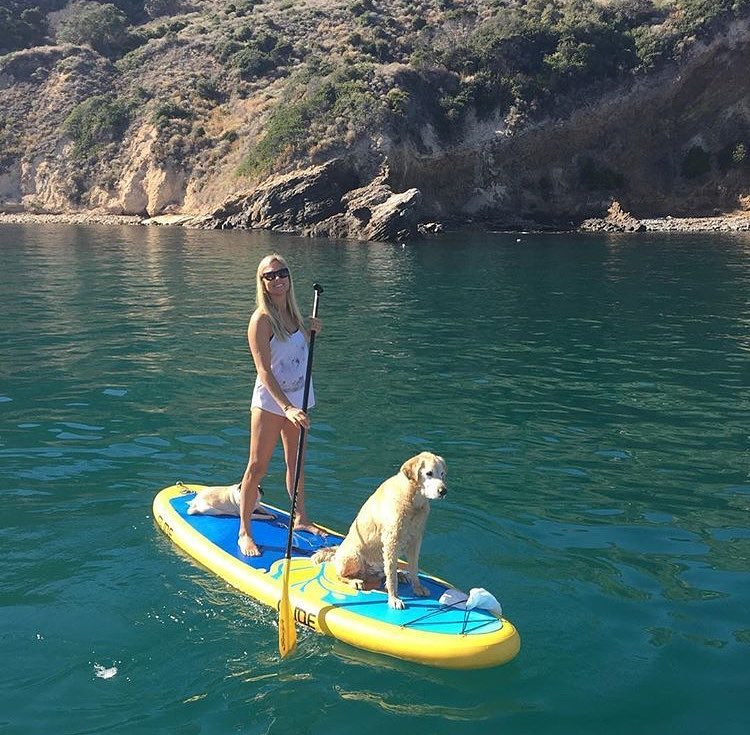 If you Google SUP Dog, not only will you find videos that will teach you how to SUP with your dog but also a restaurant with that name in Chapel Hill (its hot dogs are ranked 15th best in America) and a dog walking service in San Diego.  And, of course, Yakima makes a SupDawg rooftop SUP and surfboard mount for your vehicle. The sport has truly gone to the dogs, in more ways than one.

When one searches on the term “Why SUP?” you will wade through countless pages of web results that discuss how paddle boards will build a strong core, give you better endurance, lower your blood pressure, turbo charge your yoga practice, improve your balance, and cure male-pattern baldness.  Ok, we made that last one up.

It means paddle board now Boomer! 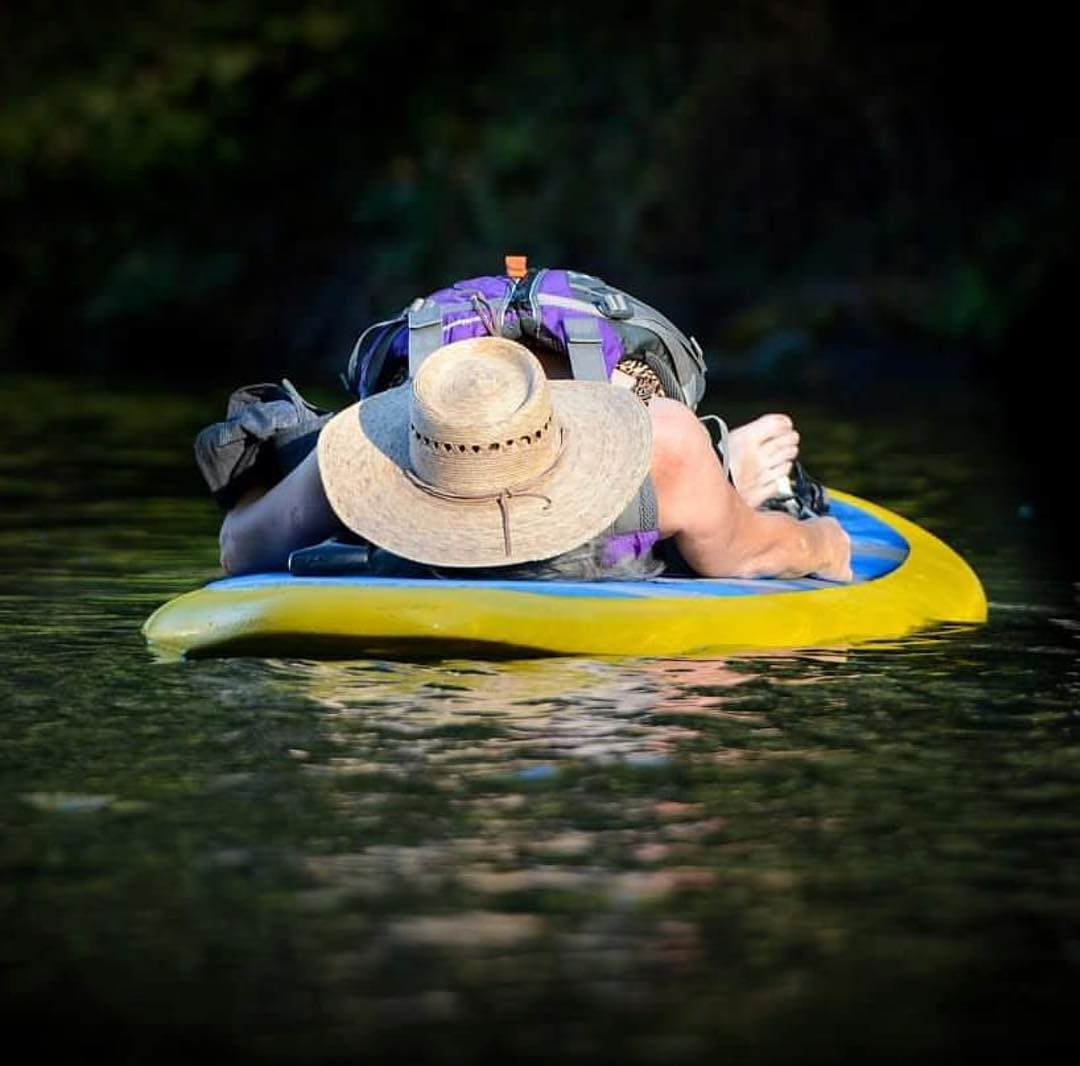 After thoroughly researching this article, one thing is certain, SUP no longer evokes the images of cool, beer-drinking buddies greeting each other with a hearty “SUP Man” - except for those few SUP dealers and accessory manufacturers that use a variation of the expression in the hopes that aging Baby Boomers will still remember that cultural moment in time.

SUP now conjures up images of coastal and inland paddlers who are passionate about getting out on the water and celebrating the SUP discipline that appeals most to them. SUP has come to represent a lifestyle that is both healthy and exciting.  A lifestyle that - with the advent of inflatable SUPs can assist you in escaping to the four corners of the world.

So Wassup with you, why aren’t you out there on the water?